my gosh! i saw this great film on Sunday night, called Elektric Children. it was sitting right in front of me this whole time. i mean… Netflix is always open and right in front of me so that’s why. i actually watched it because of its logo picture. a beautiful girl staring at some lights. lured me right into it. let me share a little about it. 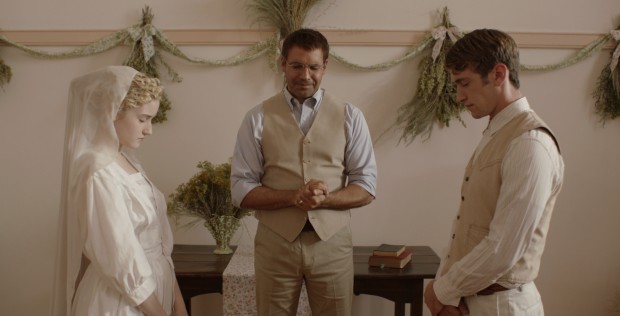 it tells about a girl, Rachel, who grows up in a fundamentally religious Mormon community in Utah. not exposed to many things in her life, she discovers a cassette tape hidden in the basement. while she is listening to this one particular song, she’s filled with holy spirit. she finds out she’s pregnant. an immaculate conception perhaps? next thing you know, she’s out on her way searching for something lost in the bright lights of Las Vegas. she soon encounters with a young skater boy, Clyde, who’s drawn to the strange story of this girl.

This is a first one for director Rebecca Thomas. also introducing Julia Garner, the actress who played Rachel and Rory Culkin (yes, the brother of…) as Clyde . the acting was amazing!!! the characters were so authentic you almost thought they were improvising. there was a script, though…. Ms. Garner did a great job putting this amazing and delicate wild child on screen. i watched an interview with her and Rory yesterday and she’s exactly the same in real life. she seems shy and speaks quietly, and i can defiantly see why she was chosen to play that role. regardless of the acting, the soundtrack is exquisite. songs by Flowers Forever and Conduits. i obviously downloaded a few already.