Relax in front of Netflix and watch a movie. That is all I wanna do today. surprising, ehh? I came across a film called, The Story of Luke. After reading the summary, I knew it was a good choice and clicked play.

Luke (Lou Taylor Pucci) is a smart young man with autism. After loosing his grandmother, he moves in with his uncle and his family. As they find him to be a burden at first, Luke decides to get a job and seeks independence and true love. And as he says in the film, get his shit together so he can ask a girl out on a date and screw. As he gets a job as an office trainee, Luke gets to meet his new boss, a nutty guy named Zack (Seth Green) , who helps him with his quest. Standing stubborn with his nerdy clothes and a serous look on his face, Luke knew exactly what he wants. sheer admiration for this young man. Not to be considered normal by the outside world, I found Luke to be more normal than most people i know.

I’m telling you, it was the perfect film for mellowing down. It relaxed me a little bit. Seeing that the world is not an easy place no matter what, you simply have to struggle for what you want… always! 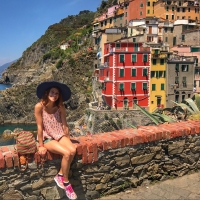 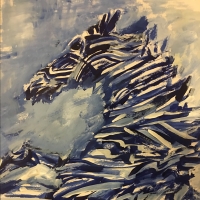