I’ve had a very cultural week. It started off with a cinematic throwback to the 80’s watching The Breakfast Club for the trillionth time and yesterday I got to see Sia perform here in Tel Aviv. Let me hear you say “Yeah”!

Wednesday morning was a bummer. I totally forgot about having to buy tickets for this awesome event called Backyard Blowup, on which every 2 weeks or so there’s a movie screening, a lecture and D.J.s. playing very cool music in the Tel Aviv Art Museum. This time was dedicated to John Hughes’s The Breakfast club. I wrote a touching Facebook post if anyone’s interested in saving my aching soul and sell me a ticket, I would be sooooo happy. Didn’t really expect anyone to reply, but surprisingly an awesome girl I know posted she’s way too busy to go and wants to sell me the ticket. YAY!!!! And so, I went.

I went inside the museum hearing echoes of 80’s tunes and I got so very excited. I’m such an 80’s fanatic. I went by myself and couldn’t care less. I ended up meeting an old friend and her friend and we drank a cool beer and enjoyed the music and the lecture. I was so eager to take over the lecture. ehem, I know a thing or two about Mr. Hughes. I really liked when the lecturer explained how Hughes had a huge effect music wise. Unlike his fellow directors who went for the mainstream and more familiar bands and songs, Hughes wanted to introduce the less familiar artists, going a little to the sideline with his music choices. The Smiths, for example, weren’t that known to the American youth back then. Same goes for Echo & The Bunnyman. Hughes wanted to “educate” and introduce his own musical collection. What he listens to at home.

The lecturer also focused on how Hughes inspired current film directors with his soundtracks choices. As an example he mentioned Richard Kelly’s Donnie Darko, set in the 80’s with an amazing soundtrack including Echo & The Bunnyman with The Killing Moon, Joy Division and Tears for Fears. Another example was Peyton Reed’s Ant-Man that included the Cure’s Plainsong in the disintegration scene.

Feeling so inspired I was grooving to The Breakfast Club’s OST on my way back home.
Wang Chung, Karla DeVito and of course Simple Minds. Far out. 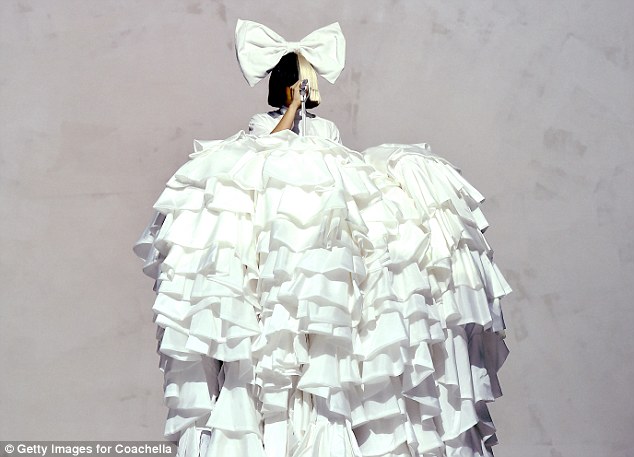 Fasting forward to 2016. Great performance (unlike what critics claim), although extremely short (1 hour and 5 min’). Yep, Sia didn’t give us a lot, but she gave us enough’s what I think. It was very accurate. Not to much, not to little.

The performance was very artistic. Great costumes and set.

It started of with Sia appearing in a gigantic puffy white gown which later on changed to a slick shirt dress. Dancing prodigy, Maddie Ziegler popped out from underneath the gown, opening the show with a crazed choreography to “I’m Alive”. Sia did her usual trademark act wearing her trademark wig, stood in the corner blasting off high tones and misunderstood lyrics.

I totally didn’t expect this!!! Paul Dano, Kristen Wiig, Ben Mendelsohn guest performing??? OMG! Love’em all! It was such a nice surprise and of course I recorded all of them. I was super excited seeing Kristen Wiig especially. I LOVE her!!!

The songs were great. Well performed by the 40 year old songstress. I do believe, without shaming Sia, of course, that some of the songs (I’m Alive included) were play backed. Sounded way way too perfect. Not a single off-key note, which often happens on live performances. Weird. Anyways, it was still great. Maddie was fantastic. The ex Dance Moms star is a phenomena.

*** These aren’t from yesterday’s performance, although it’s exactly the same one.

11 thoughts on “The Breakfast Club + Sia”