1. As you probably would’ve guessed, I love Quentin Tarantino and everything he does.
2. When I posted my Tarantino Chicks post, I didn’t do these chicks any justice by not including them.
3. I’m dedicating this post to the boob admiring, ass kicking, brilliant blogging

Plot:
Two separate sets of voluptuous women are stalked at different times by a scarred stuntman who uses his “death proof” cars to execute his murderous plans (via IMDB).

Gosh, watching Death Proof always makes me fucking proud I’m a woman. It is defiantly an estrogen fueled film. But that is not the reason why I’m dedicating this to my blogger friend, Eric, seeing as the guy was so disappointed by the lack of boobs he encountered recently, watching girls shimmy and shake and tease the hell outta everyone and… #noboobs, in his own words. Now, I’m well aware that this film doesn’t show boobs either but, boy, do I have a treat for him. So, I’m kinda writing this post for both of us, me- a female revenge lover, Eric- a female boob lover. Everyone’s a winner!!!!!

There a few things to love about Death Proof if not everything, and as I am obviously becoming a “list” girl, I prefer listing them

#1
The old camera frame effect. This is way too brilliant. It’s meant to give the film the “old” look, vintage, if you will, using audio glitches and fake film scratches.

#2
The groovy OST, containing songs like, Down in Mexico by Eddie Floyd and Hold Tight! by Dave Dee, Dozy, Beaky, Mick & Tich, and of course the film’s finale song proudly written by Serge Gainsbourg, Chick Habit sung by April March.

#3
Kurt Russell is the main man ever since, and I’m pretty sure Eric will agree with me here, Big Trouble in Little China!!!!

#4
Awesome selection of CHICKSSSSS!!! I guess the previous post wasn’t enough for me to be in awe of Quentin’s fine femme selection, so here I go again only it’s shorter this time. 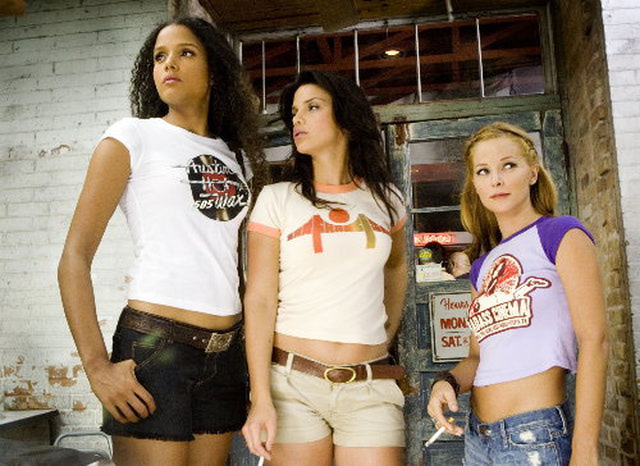 Now, here comes your part, Sweet Eric. I do hope you’ll like it. 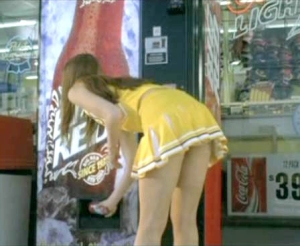 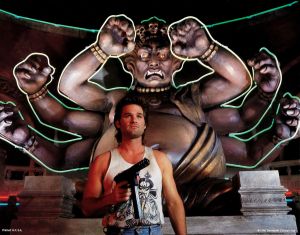