Plot: Exodus follows the story of Moses chosen by god to rise up against Egyptian Pharaoh Ramses and lead the Hebrews to their freedom after 400 hundred years of slavery. Inflicted upon by Israel’s God with the ten plagues, Ramses capitulates and triggers the Exodus of the Hebrew people.

The film begins with the sound of an exotic Egyptian music when the city of Memphis is shown from a dramatic and powerful high- angle shot. We are shortly introduced with the famous cast of Christian Bale as Moses, John Turturro as Seti I , and Joel Edgerton as Ramses. The talk of attack against the Hittite army is at hand, when Seti I tells Moses and Ramses of a prophecy in which one will save the other and become a leader.  The two men stand beside him and before the Egyptian people, when the roaring crowd cheers for victory. Upon his arrival from Pithom, Moses sees slavery from close when he encounters Hebrew slave Joshua, played by Aaron Paul, in a brutal whip-lashing by an Egyptian soldier. Shortly after Moses meets Nun, played by Ben Kingsley, who reveals Moses his true origins as a Hebrew descendant.  There is a sudden glimpse at queen Tuya, the mother of Ramses, which surprisingly turns out to be played by Sigourney Weaver. 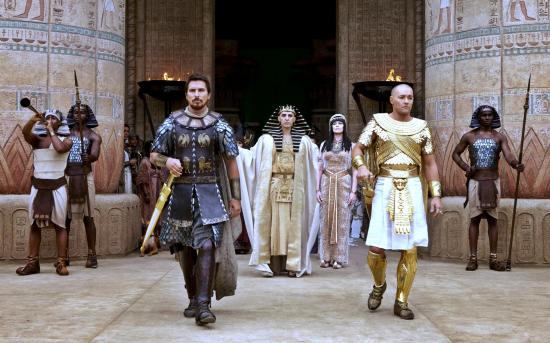 The Exodus was merely made for public entertainment, as director Ridley Scott had obviously disregarded the biblical story. Scott, as always, is set to create a box office hit by implementing breath taking effects and impressive cast. The effects are undoubtedly marvelous and up bring the film’s biblical notions, however, what happened to the real story? A lot of details were missing or wrongly displayed, which clouded the film’s authenticity. I cannot help but to compare it to The Ten Commandments (1956) directed by Cecil B. DeMille, and starring Charlton Heston as Moses.  DeMille had managed to stay true to the biblical chronicles, and created the classical masterpiece this film remains until today. Although I’m not the Heston fan, I think he was amazing as Moses. Very very big shoes to fill. I’m thinking, why change that or try to outdo it? I believe that is what Ridley Scott was trying to do… and poorly, I might add. 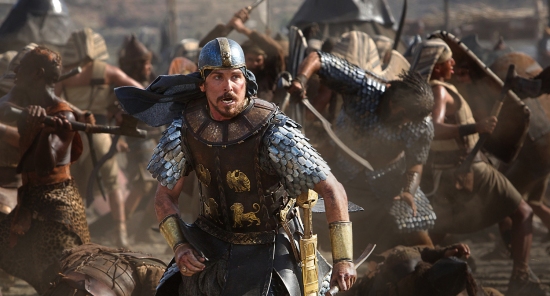 Bale was convincing and managed to pull an outstanding work as the Hebrew leader. Almost to be in one line with Heston… almost. Bale seemed to have a different opinion of his character, though. Reading his comments on the film, he admitted he thought Moses was barbaric and a schizophrenic.  It was very disappointing to read, but, unfortunately he was submitted to incorrect text and different mental characteristics of the Moses I imagined in my head or seen elsewhere. Joel Edgerton was a wise pick to play Ramses. With a little dark spray paint and eye shadow he almost looked like Yul Brynner. The chemistry between both actors was good and I could feel the closeness, pain and competitiveness between them. 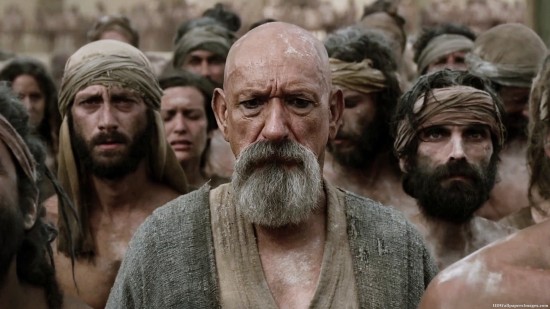 Another anecdote is that, why did everyone sound British (one Australian)? I didn’t know that was the customary accent back In 1300 B.C. It seems as if some of the characters had too much text, when others were given just a line or two, and missed the point of their appearance all together (i.e. Ben Kingsley and Sigourney Weaver). I guess I expected from two award winning actors be a little more prominent with their existence in a film such as this one. Kingsley is well suited with the film’s biblical atmosphere and is well convincing as Nun. I extremely enjoy his acting, and believe he is one of the greatest out there. What I wrote before was expressed by mere disappointment of not having him around more. Same goes for Weaver. Aaron Paul is always amazing, in my eyes, but again, just wished he would open his mouth more and speak. I shall always have a soft spot for my Jessie (Breaking Bad). 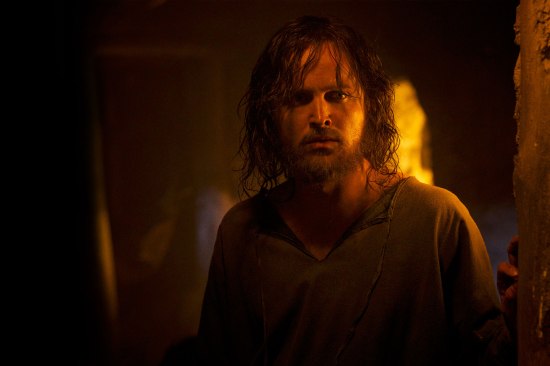 Ridley Scott dedicated The Exodus to his younger brother Tony Scott, who committed suicide in 2012. I am almost sad for giving a bad review on the film because it has such an emotional and heart-breaking dedication, however, I have to stay true for my own opinion. I am Israeli and Jewish, and from childhood was aware of Moses and the Ten Commandments biblical story. I cannot disregard misinformation in any form, even if it’s for an epic motion picture. I am a little afraid that this film has portrayed the Hebrews and the Hebrew God as vengeful and evil, and missed the entire point of the Exodus from Egypt, a thing that will derive a deeper negative idea of the Israelite people all together. That is why I was very sad to hear what Christian Bale had to say of Moses. I couldn’t disagree more, and would hope this dude would come around. It was as if Scott had a different purpose of displaying Hebrews in a negative light, which I hope he didn’t. 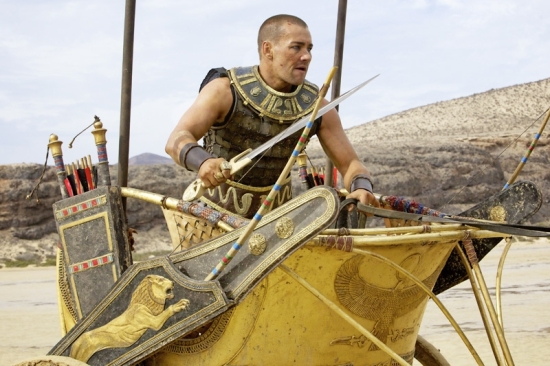